CEO and Founder of KU dyes

As inventor of the triangulenium dyes, Bo W Laursen is an expert in this particular type of dyes as well organic synthesis in general. He has been working with dyes and organic synthesis for more than a decade. This expertise make Bo W Laursen  a very hands-on CEO that often can be found in the lab making new advanced dyes. Bo W Laursen is also an expert within the areas of fluorescence technology, optical materials, and molecular electronics. KU dyes offer his expertise in the form of custom synthesis, custom research, and consulting.

Founder and CFO of KU dyes

Marco Santella provides the chemical muscles in KU dyes. He is in charge of making the many dyes in the KU dyes catalogue, and ensure that each batch of dyes meet the highest standards of characterisation and purity. The KU dyes mantra is that the highest quality probes ensures that all experiments using a KU dye are reproducible, today, tomorrow and next year. Marco Santella is in charge of the internal quality assurance and quality control procedures. Marco Santella has a strong expertise within preparative organic chemistry and the systematic approach to life required to excel in the QA/QC function. 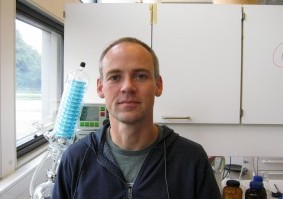 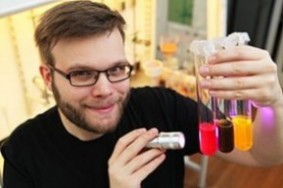